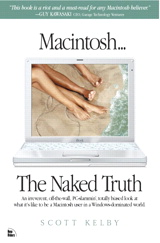 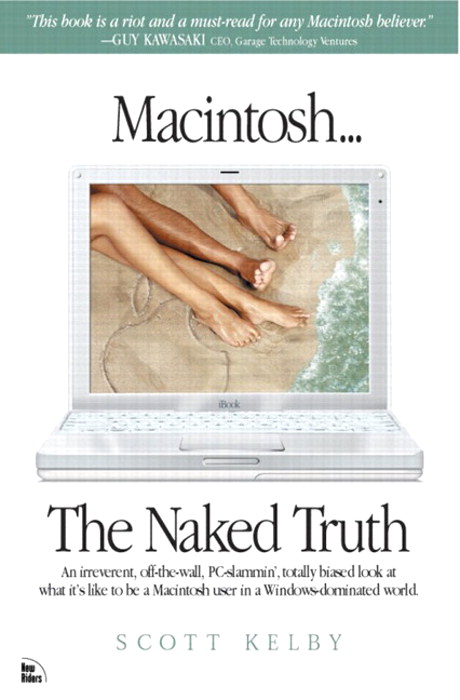 An irreverent, off-the-wall, PC-slammin', totally-biased look at Apple, and what it's like to be a Mac user stuck in a Windows dominated world. Macintosh...The Naked Truth is definitely not another Mac how-to book; it's a mass-market, personality book about a computer platform and the people who love it, and the love/hate relationship they have with Apple. It's about what you feel, how you're treated (and mistreated), and what it's really like living life in the computing minority. The book, based upon the author's hugely popular magazine column, takes a humorous, evangelical look at Apple Computer and what it's like to be a Macintosh user living in a PC-dominated world. The success of Kelby's column lies in the fact that although it makes serious points about Apple's shortcomings, and what it's really like being a Mac user, it presents them in a humorous, often sarcastic, and occasionally sophomoric way that Mac users love. It's brash, unapologetic, insightful, controversial, outspoken, and often hilarious, peppered with 100% Macintosh attitude. Although it pokes light-hearted fun at everyone from Apple CEO Steve Jobs to the PC users manning the Apple section of CompUSA, each chapter contains an underlying message of Apple evangelism, and it can often be as inspiring as it is funny.

The Secret of Macintosh


Life after Switching to Macintosh. Using a Mac is Easy; Being a Mac User Sometimes Isn't.


“I Can't Believe you Actually Use a Macintosh!” and Other Stupid Things PC Users Say. Congress Should Rethink Giving PC Users Freedom of Speech.


Things Apple Doesn't Tell you about Owning a Macintosh. Since Apple's Not Going to Tell you, dontchathink Somebody Should?


The Definitive Platform Test. Find out if you're Really a Mac Person, or Just a PC Person in Cool Clothing.


How to Resist the Overwhelming Temptation to Strangle Apple's Management. Is “Apple Management” an Oxymoron? And is “Oxymoron” Actually a Synonym for a pimple Cream for Really Dumb People?


CompUSA: Your own Private Hell. Tips for Surviving the Visualization of Apple's Place in the World.


Why PC Users Need Apple. Here's Why They Should be Kissing Apple's Butt (Instead of Microsoft's).


“Don't Pick Fights with People who Buy Ink by the Barrel”. PC Users Write Me Nasty Letters, and I Give Them the Public Flogging They So Richly Deserve.


Pot Shots at Microsoft, the Media, and Anything Else that Gets in Our Way. Nobody Gets out of Here Alive!


The 20 Most Important Things I've Learned about Being a Mac User. There were Actually 22 Things, but that Made for a Really Clunky Chapter Title.


The Secret of Macintosh. Here's a Hint: It's not Apple's Advertising.