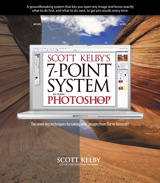 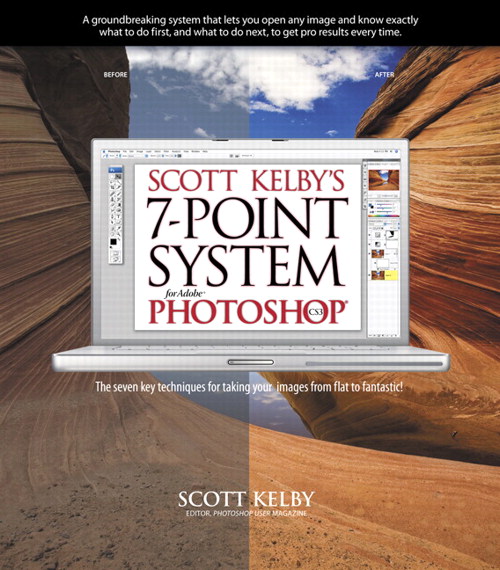 This PDF will be accessible from your Account page after purchase and requires the free Adobe® Reader® software to read it.

The eBook requires no passwords or activation to read. We customize your eBook by discreetly watermarking it with your name, making it uniquely yours.

Scott Kelby, the world's #1 bestselling Photoshop author, and the man who changed the Photoshop and digital photography world with his ground-breaking, award-winning "Photoshop Book for Digital Photographers" unveils a exciting, brand new way of thinking, and working in Adobe Photoshop that will not only change the industry again, but it will change the way we all work in Photoshop forever, so we can finally spend less time fixing our images, and more time finishing them.

You're about to become a Photoshop Shark!
Scott has focused in and really narrowed things down to just exactly which Photoshop tools and techniques we absolutely, positively have to know, and he found that there are just seven major tools, seven major features that we have to master to enhance our images like a pro. But then he took it a step further. Out of those seven major tools, he looked at which parts or sections of those tools do we really need to master, and which parts can we pretty much ignore (in other words, he whittled it down so you're not learning parts of the tools that you're probably never going to need). Then, and perhaps most importantly, he determined exactly when and in which order to apply these seven techniques that make up Scott's amazing "Photoshop Seven Point System."

But the magic of this book, is not just listing the seven tools and showing how they work. It's how they're used together, and how Scott teaches them (and makes it stick), that makes this book so unique.  You're not going to just learn one technique for fixing shadows, and another technique for adjusting color (every Photoshop book pretty much does that, right?). Instead, you're going start off at square one, from scratch, as each chapter is just one photo—one project—one challenging lifeless image (you'll follow along using his the same images), and you're going to unleash these seven tools, in a very specific way, and you're going to do it  again, and again, and again, in order on different photos, in different situations, until they are absolutely second nature. You're finally going to do the FULL fix—from beginning to end—with nothing left out, and once you learn these seven very specific techniques, and apply them in order, there won't be a an image that appears on your screen that you won't be able to enhance, fix, edit, and finish yourself!

Plus, Scott's techniques work across a wide range of photos, and that's exactly what you'll be working on in the book, from landscapes to portraits, to architectural, to nature, from event photography to everything in between—there isn't a photo you won't be able to beat!

This is the book you've been waiting for, the industry's been waiting for, and Scott's "Adobe Photoshop Seven Point System" is so revolutionary that he's officially applied for a patent with the U.S. Patent and Trademark Office, and this new system is only found in this amazing, ground breaking new book. Once you learn these techniques, and start applying them yourself, you'll be the next one to say—"You can't beat 'The System!'