Page 1 of 1
Don't you hate it when your flash doesn't fire because it's "asleep" — an embarrassing situation when you're working with clients. Scott Kelby shows you how to turn off the Standby function on your flash.
From the book  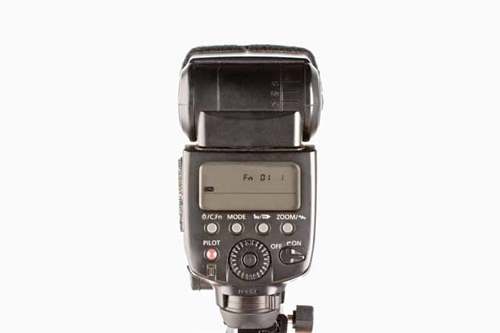 Because hot shoe flashes generally run on AA batteries, most of them automatically go to sleep, by default, after a certain number of seconds if they’re not being fired, which is great for saving batteries, but not for saving face. Because when you go to shoot your next shot a few minutes later, your flash doesn’t fire (because it’s “asleep”), which doesn’t make you, the photographer, look very good to…well…anybody. I’d rather swap out the batteries at some point rather than constantly have to wake up my flash after it doesn’t fire. You can turn the battery-saver (embarrass maker) function, called the Standby function, off on Nikon flashes (like the SB-910) by going under the custom functions menu, choosing the Standby function, and then choosing --- (the Standby Function Canceled option, which is the three dashes) from the menu, which turns the feature off. On Canon flashes, like the 580EX II, go to your flash’s custom function 01 (C.Fn-01), and turn off the Auto Power Off setting. Now, turning this off will definitely cause you to go through batteries faster, so you may not want this feature turned off all the time, but at least now you know that when you need those puppies to stay awake all the time, you know just how to do it.