Page 1 of 1
When filming with a GoPro, it often pays to improvise, especially when filming wildlife. Founding GoPro media team members Bradford Schmidt and Brandon Thompson explain how improvisation is key in understanding how to create optimal scenarios, predict behavior, and adapt to wildlife characters, while still capturing a climatic beat for the story. Then, watch a beautiful video of humpback whales filmed with the GoPro.
From the book 

In 2012, the HERO3 was GoPro's first camera with a flat lens housing, thereby enabling extremely clear underwater footage for the first time from a stock GoPro. An underwater scene was a critical requirement for the launch video and we wanted to show the world something it hadn't seen before. There are only a few places where humans can legally dive with humpback whales. Tonga is one of them, with tropical water allowing more than 100 feet of visibility. We hired the best freediving coach in the world, Kirk Krack, and three professional freedivers: Ashleigh, Erin, and Mandy. The climactic moment was ambitious: three female characters in the same frame with enormous humpback whales. 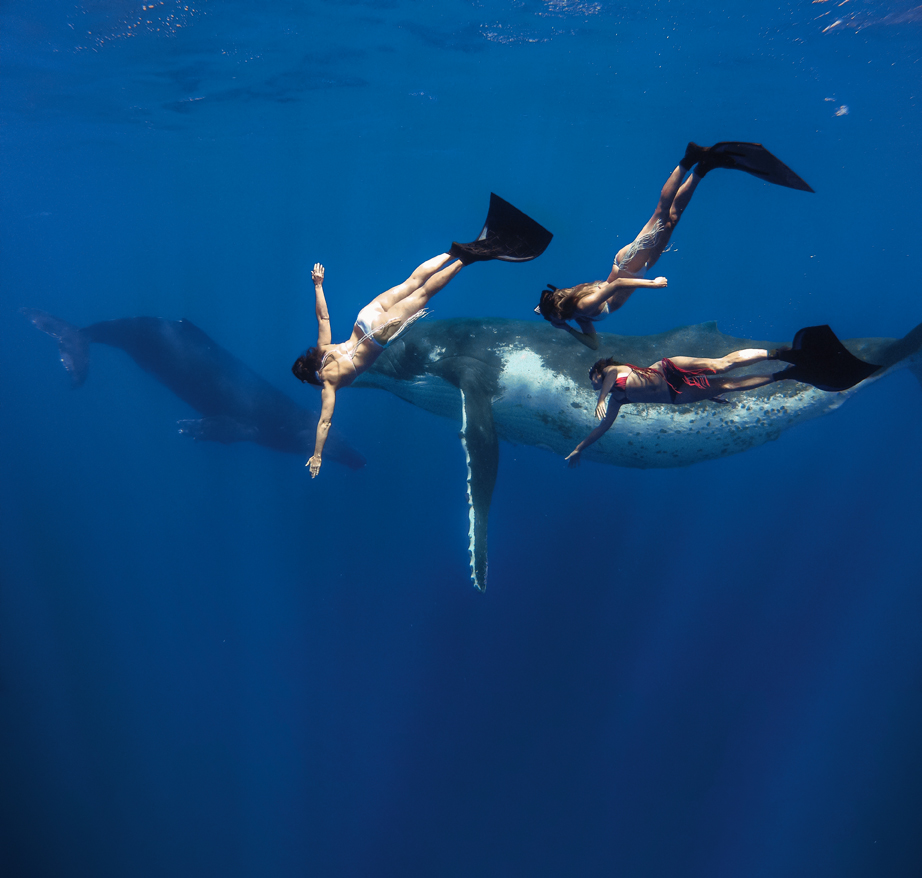 Our outfitter in Tonga, Alistair, administered a dose of reality. Normally, the BBC or NatGeo would employ him for something like this with a shooting window of 20 or 30 days. We only had five.

Over the first few days, we followed the whales and learned a few interesting techniques. The animals have to welcome you into their space—you can't simply run at them. After you calmly swim parallel to them for a while, the whales grow curious and come closer and closer to you. We found out they were as curious about us as we were about them, but the approach had to be on their terms. We captured some beautiful shots, sometimes with one of the girls in the frame, but nothing magic. During review, we noticed one whale had come up underneath us with a big curious eye. One of us turned around and waved an arm. The whale turned and waved in response. Alistair explained that if the whale was curious enough, it would mimic you. That sparked a new idea for the climactic beat: capturing all three girls interacting and spinning with a whale in a single shot. Alistair's response was bleak: impossible.

On the second-to-last day, we improvised a new plan. At an opportune moment, Kirk would film a close follow behind the girls while Bradford would capture the wide and give the signal. In the late afternoon, it just happened. A large female was resting below the surface. The crew dove down parallel to the whale's eye level. The humpback and crew drifted closer and closer. The signal was given and the whale watched as the girls began to turn. As if on cue, the humpback turned and spun in sync with the freedivers. Our improvised plan had captured the impossible. 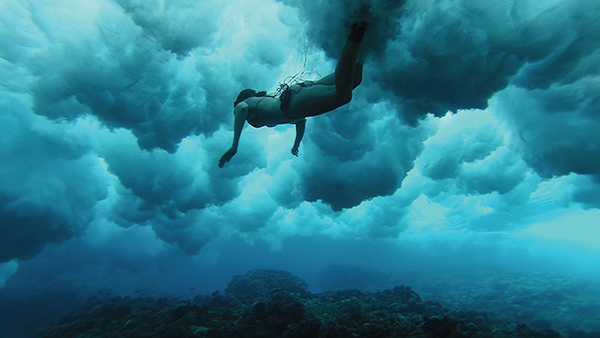