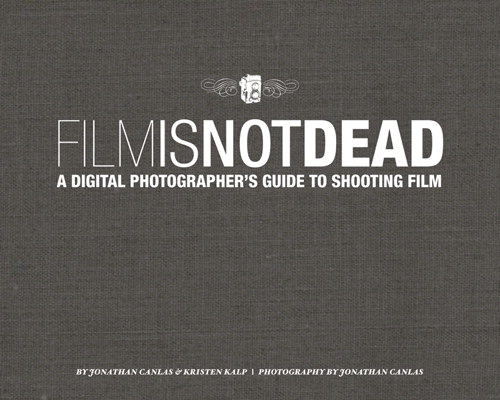 Film Is Not Dead: A Digital Photographer's Guide to Shooting Film

With the popularity of digital photography growing by leaps and bounds over the last decade, some say film has been dying a slow death ever sinceor is already dead. The reality is that film has never gone away, and in recent years has experienced a surging, renewed popularitysometimes simply for its retro, analog status, but mostly for film's ability to create a look and feel that many believe digital can still not achieve. If anyone can attest to this, it's Utah photographer Jonathan Canlas, who exclusively shoots with film, and has both an extremely successful wedding photography business as well as a series of popular workshops held numerous times per year around the world.

In Film Is Not Dead: A Digital Photographer's Guide to Shooting Film, Canlas teams up with co-author Kristen Kalp to open the doors for anyone who wants to beginor return toshooting film. Casual, irreverent, fun, inspiring, and beautiful, this unique 10x8 hardcover book teaches the reader the basics of film, cameras, and shooting in this medium. Whether it's discussing the different tone and color characteristics of different films (Kodak, Fuji, etc.), how to load a medium-format camera back, how to create proper exposures, how and where to get film processed, or how Jonathan uses fun, plastic cameras like the Holga in his commercial and personal work, Film Is Not Dead appeals to anyone who is searching to finally begin creating that film look, but until now hasn't known where to start.