Using the Gnarwhal Mount With Your GoPro

Page 1 of 1
The Gnarwhal is just one of many mounts that highlights how deeply imaginative a user can be with a GoPro camera. Learn more from founding GoPro media team members Bradford Schmidt and Brandon Thompson, and watch an amazing video showing a Base jump from GoPro athlete Neil Amonson.
From the book 

The most beautiful aspect of GoPro is that its versatility is only limited by your imagination. We on GoPro's media team continually learn from watching what other people do, and then we try to expand upon their ideas. We push the camera until it breaks—and after it does, we find another way. Each mount described in this section was created by asking the question: "What if...?" 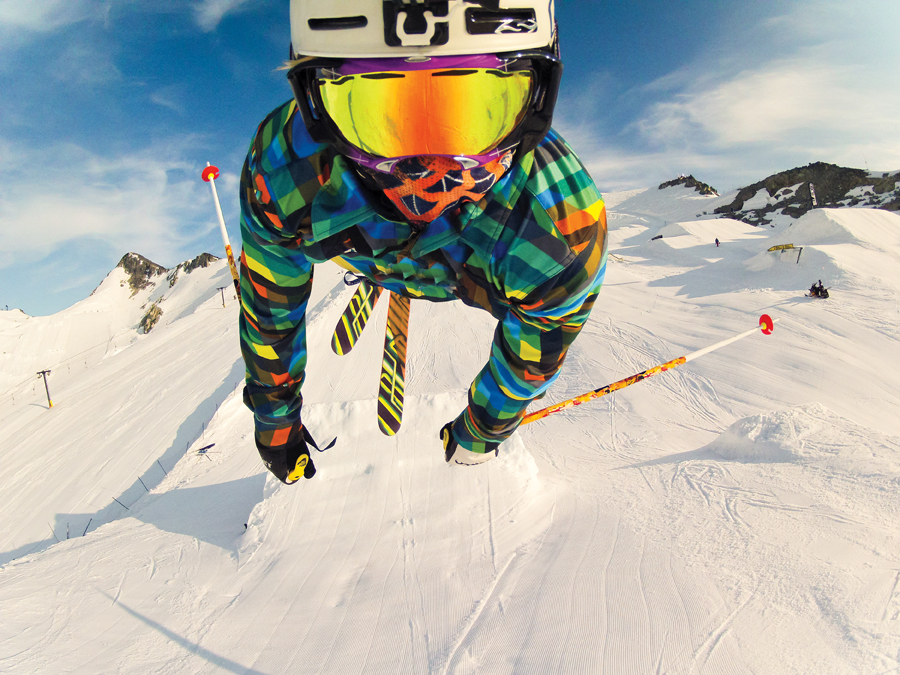 Aerial maestro and GoPro Bomb Squad member Neil Amonson first introduced us to the gnarwhal when Amonson threw himself off a cliff in Norway. His “bobblehead,” centered comically in the frame, caused us all to laugh. Over time, the mount took on the name gnarwhal (pronounced “nar-wall”), a combination of the ubiquitous action sports noun gnar, and the elusive horned whale of the Northern Seas, the narwhal.

The gnarwhal offers an intense view of the subject's face, capturing reactions and emotions like a traditional closeup. If framed well, the athlete's entire body is in view, along with the surrounding environment. The longer the gnarwhal, the more natural the face and environment will feel. Like any other perspective, however, it can be overdone, so use in moderation. Safety is another factor that should be considered when using this mount.

We keep a number of gnarwhals on hand for our productions. We've had custom aluminum ones fabricated, although these days you can buy them on Amazon. You can make short gnarwhals with a couple of extensions, although these tend to foreshorten the face quite a bit. Sometimes, we use additional extensions to drop the camera down so it points directly into the eyes. The angle is less cartoonish than looking down the eyebrows.

Use an LCD BacPac or Wi-Fi-enabled smartphone to compose the shot so the gnarwhal mount is just barely out of the frame and cropping will be minimal in post. Typical to any POV, gnarwhals benefit from taller frames such as 2.7K4:3, 1440p60 or 960p120. 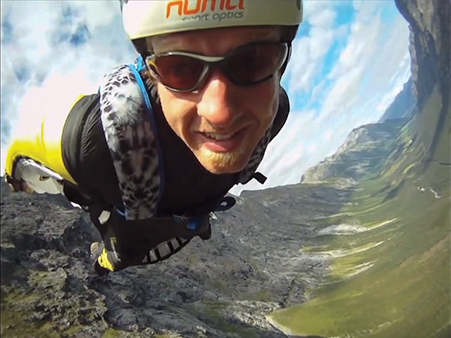 Base Jump Clip (YouTube)
Neil Amonson, one of GoPro's more nutball athletes, takes a swan dive in Norway. Yes, this is real...and yes, Neil is awesome. Shot in 960p30 on the HD HERO in 2009.
Filmer: Neil Amonson • Editor: Bradford Schmidt